A watercolor I worked on in between writing. 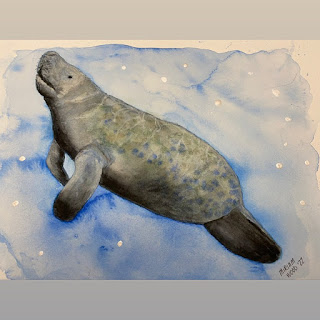 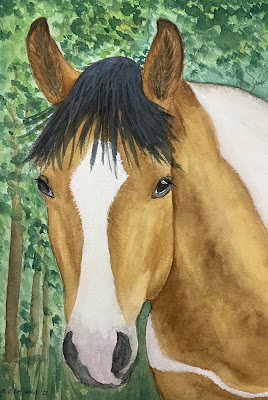 © 2022, Miriam Wood.
I finished this mixed media (watercolor and gouache) painting yesterday (2/18/2022) and decided to enter it into a local art show. All entries will be displayed in their online gallery. Several pieces will be on display in person at the Tallahassee Capital Building. I am just aiming to be included as an artist in the area and have something in an art show. I entered this painting I'm calling "Pinto" and the oil painting seascape I call "Storm".
I went ahead and joined the Council on Culture and Arts of Tallahassee and Leon County (Florida). You can see their website at https://coca.tallahasseearts.org/
When not playing with paint, I have been working on a historical romance which was requested by Harlequin this past week during a FB pitch event. 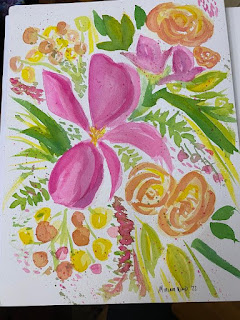 From an online watercolor workshop by Kat Furrow. Check her out.
at February 19, 2022 1 comment:

I have been practicing my watercolors. Here are a few shots of what I'm up to in between writing. 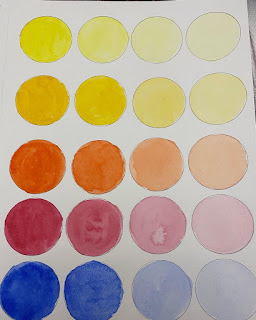 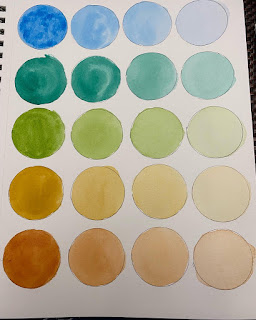 I got this exercise from artist Allison Lyon on You Tube 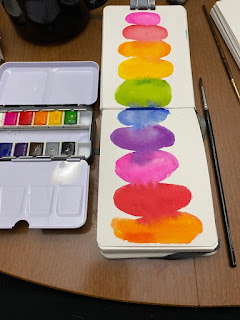 I got this exercise from a workshop on Skillshare. 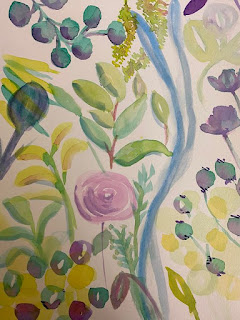 The last image is a practice watercolor I did along with artist Kat Furrow and her free workshop on Facebook. She's fantastic.

A second try at the feathers. 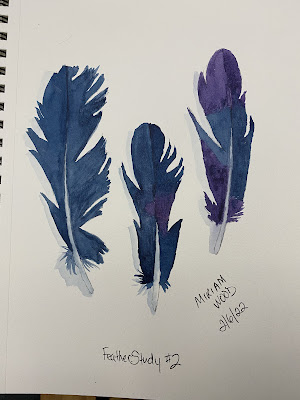 I'm working on Canson XL paper. Not 100% cotton as many instructors suggest. I have some on the way via Amazon though. I used Cotman watercolors by Winsor and Newton. I'm going to try using the pan watercolors a bit instead of the tubes. I absolutely hate wasting the color pigment. Well, not wasting now. I am using a palette I can seal closed to save them, but still.

I painted my first seascape per a Bob Ross tutorial. I painted this on 1/28/2021 as I waited for my college freshman to come home for the weekend. 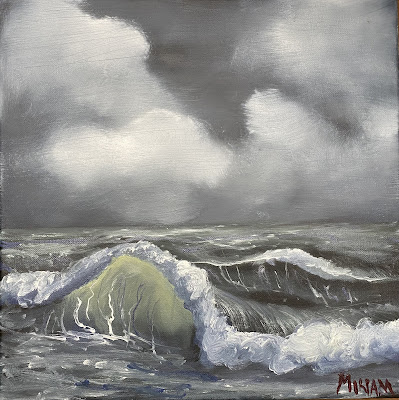 Okay I am brand new at watercolors. Can you tell? 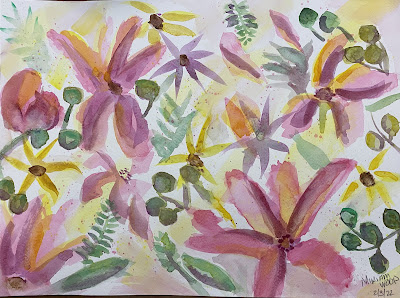 Abstract flowers 1
I did this "Abstract Flowers 1" as my first watercolor in years during an online class. It actually looks prettier in person. The workshop was given by artist Kat Furrow on Facebook. Her work is gorgeous.
Today I did a little practice with the paints and brushes. I've got a ways to go. 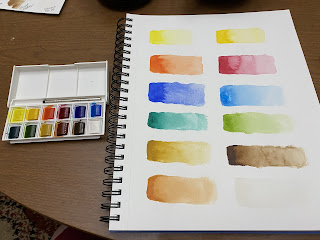 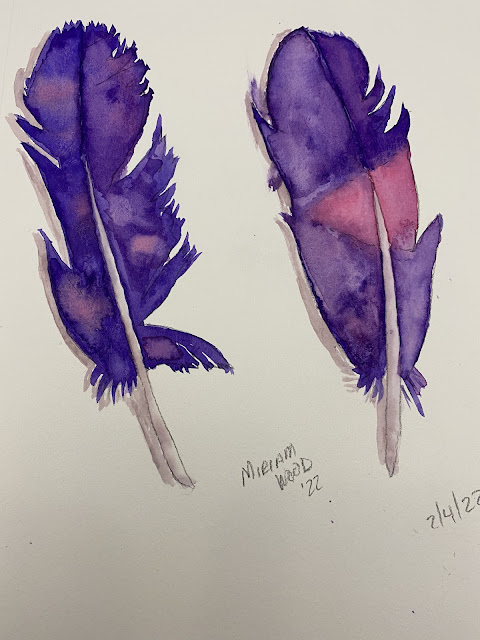 Feathers 1
from tutorial Louise De Masi on Patreon
I joined her Brush Marks tier to get access to her tutorials. Love it.
This is a decent first attempt. I overworked the colors.

Set up in progress

I am in the process of setting up this website for my art.

I've been artistic most of my life. I minored in Art in college, and I am a big Bob Ross fan. Years have gone by and now I am back to trying my hand at art, mainly oil painting and watercolor. I'm rusty at this point, but I plan to document my progress here. Right now, I'm not looking for monetary gain, but more for personal enrichment (and decorating my home with my art.)

Check out my romantic fiction writing as Marie Blackwood 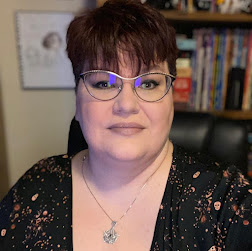